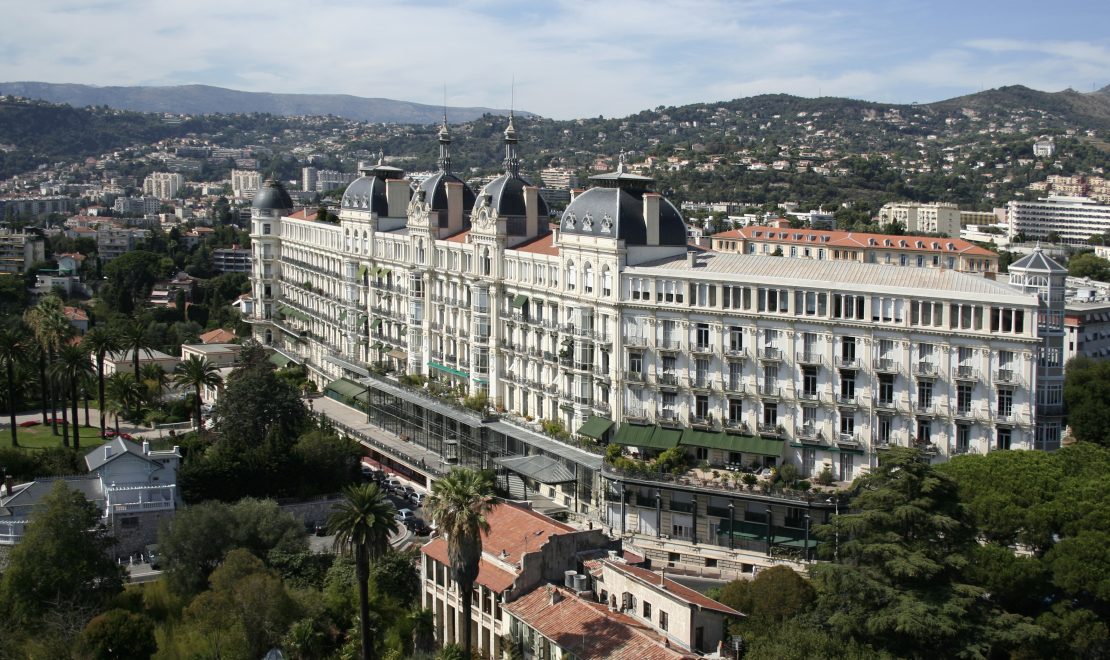 The Cimiez area in Nice is the city's upscale residential area.

Overlooking the city, it is one of the most popular and sought-after places in Nice. But before you discover it, Ashley&Parker wanted you to see its origins.

Known for its beauty and beautiful Belle Epoque buildings, it's also a historic neighborhood full of history. As the Roman cradle of the city of Nice, this area was called Cemenelum (a Gallo-Roman city that developed from the first to the fourth century AD).

Cemenelum lost its name and was replaced by the hill of Cimiez. It became a cultural place with many olive trees and vineyards operated by large villas.

At the end of the XIX century, several palaces and beautiful villas were built to welcome the rich aristocrats from all over Europe. This is why many residences still bear the names of former sovereigns.

The famous Belle Epoque hotel Excelsior Regina Palace built in 1897 takes its name from Queen Victoria who stayed there during her vacations. This hotel has had several lives. First as a hotel, then as a hospital during the 1st World War, then it was sold at auction in the 1930s following a bankruptcy. It was bought by a new real estate company directed by Victor Saglia who decided to transform the hotel into a condominium under the name Regina. The 400 rooms were transformed into 98 apartments. Great painters lived there, including Henri Matisse.

For the record, Gustave Eiffel helped the architects Sébastien-Marcel Biasini and François-Félix Gordolon to build this building for the metal part. Built in 1906 by the architect Jules Ferve, this incredible building is located at the beginning of the Boulevard de Cimiez, just after its creation. This former Art Deco hotel offered 400 rooms with sophisticated and vintage decoration, it was subsidized by Swiss financiers. Known for its large spaces and two tall towers, this historical monument was transformed into a condominium like almost all hotels of the time.

On the top floor, this building offers incredible views over the city of Nice to the airport. Several apartments are for sale, but the price is very high.

This historic museum was opened in the 1960s and is dedicated to the work of the French painter Henri Matisse. Most of his works can be found in this museum. You can discover his artistic career and his evolution from the beginning of his career to his last creations.

But before being a museum, this establishment was a palace. It belonged to the consul Jean-Baptiste Gubernatis. Built in the 1670s, this palace is located in the Arena of Cimiez.

Inside this museum you will find on the first floor the archaeological museum, on the other floors the works of Matisse which are part of the definitive exhibition and several temporary exhibitions are also available throughout the year.

Good to know, every first Sunday of the month, the entrance is free. Currently you will discover the temporary exhibition "A Paradise Found" by Hockney - Matisse Our agency Ashley&Parker Cimiez is located at the bottom of Cimiez on the avenue Desambrois, specialist of the district, our commercial agents will know how to advise you at best to find or sell your apartment.

By clicking on "I agree", you authorize the use of cookies to ensure you get the best experience on this website.